Chat with us, powered by LiveChat
Blog

7 Causes of Nappy Rash and How to Treat them.

8 Surprising Benefits of Getting Enough Sleep04 September 2018Next

7 Causes of Nappy Rash and How to Treat them. 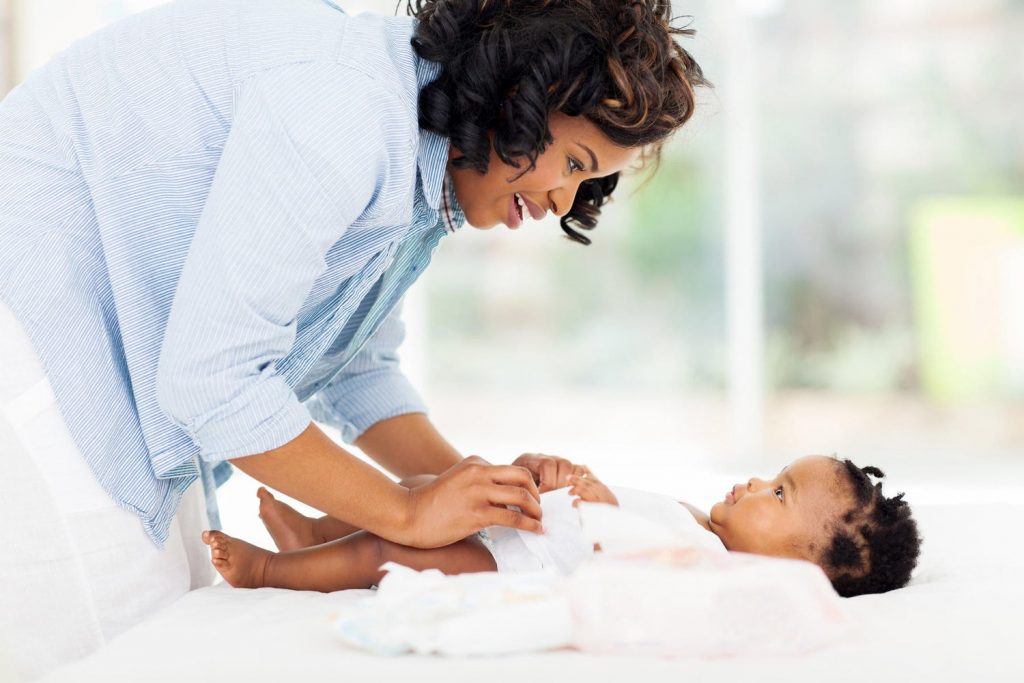 It may seem like a bitter pill to swallow that no matter how careful you are, your little sunshine will probably get a nappy rash at some point.

Actually, most babies do.

So, if it happens that your little one seems more uncomfortable than usual, or fusses mostly during a diaper change, chances are your baby has a nappy rash.

Don’t be alarmed, nappy rash is a common skin condition in babies and can occur regardless of how much you care for your baby’s butt. However, most babies often experience a nappy rash in their first 18 months, whether they use disposable or non- disposable diapers.

Nevertheless, this skin condition mostly appears in the baby’s nappy area as a visible red and sore rash around a baby’s genital area. While it can be uncomfortable for your baby, it requires less fuss to treat.

So if your baby has symptoms of nappy rashes, don’t sweat it. It’s not an anomaly!

Though it may start out as a few small patches and spread over the course of several nappy changes, or appear suddenly.

Whichever way, not to worry, here are a few things that cause nappy rashes and how to treat them; Diaper rashes grow in moist places and It usually causes discomfort and distress for a baby.

Mostly, contact with wee or poo is the main cause of nappy rash.  The wee/poo substance softens and weakens the outer layer of a baby’s skin and as a result, the butt becomes irritated when the nappy rubs against a baby’s skin.

A baby left in a wet or soiled nappy for too long is more likely to develop a nappy rash. Since babies can’t manually control their bowels yet, they tend to pee or poop often which can irritate your child’s skin.

Advisably, in order to curb nappy rash, don’t leave a diaper for too long. It’s important you change your child’s diaper as frequent as possible to prevent nappy rashes.

Also, if the weather is warm, spend some time outside – fresh air tends to help speed healing.

Irritation from a new product Babies have soft and sensitive skin. That’s why your baby’s skin may react to an unfamiliar product like baby wipes, a new brand of disposable diapers, bleach or fabric softener used to launder cloth diapers.

Also, other substances that can contribute to nappy rash include ingredients found in some baby lotions, powders and oils.

On a safe side, pay attention or take note of products your baby may be reacting to. Nappy rash can be the result of an allergic reaction to certain foods.

Occasionally, nappy rash can also be caused by food allergy. Acidic foods like tomato and citrus can cause a rash.

Also, as a mom, certain foods you consumed can cause irritation for your baby when you breastfeed them.

If you suspect that allergies may be contributing to your baby’s nappy rash, speak to your Doctor Nappy rash can affect babies with, particularly sensitive skin, even if they have frequent, fresh nappies – while some are caused because adequate care isn’t provided.

Whatever the case may be, it’s sometimes obvious what has caused the reaction. Sometimes, a nappy rash develops immediately after you’ve changed to a new product – some harsh chemical irritants found in baby wipes or a certain brand of nappy. This is called allergic contact is called dermatitis.

On other occasions, it may take you longer to work out the cause.

Nonetheless, Avoiding wipes that contain alcohol or fragrance. When changing diapers, ensure you wipe the genital area thoroughly before wearing another diaper. Though it’s uncertain why diarrhea sometimes accompanies teething is, it’s not uncommon for babies with diarrhea to get nappy rash.

Perhaps, this is because babies drool a bit more when teething and swallow excessive drool which loosens the bowels. Whatever the reason, diarrhea sometimes happens and it can quickly lead to a rash.

This happens when the substances (enzymes) in poo that can irritate your baby’s skin are more active in runny poo than in healthy poo.

In case this happens, different measures can be taken to boost immune function depending on the baby’s age.

Just make sure there is a frequent diaper change, you use barrier cream for the baby before using diaper and pat baby’s skin dry rather than rub.

Reaction to soaps and detergents Leftover detergent residue on cloth nappies or cloth after washing can also contribute to nappy rash.

Not that alone, the chemicals in detergents and fabric softeners can be irritating to baby’s bum.

Here’s a tip: use a natural laundry detergent.

Also, give your baby a diaper-free time. If the weather is warm, spend some time outside. Fresh air tends to help speed healing. Gut imbalances also can lead to diaper rash and other conditions. However, seek the guidance of a qualified healthcare provider to correct the imbalance.

Note that diaper rash thrives most in warm or moist places. So, try as much as possible give your baby a diaper-free time. If the weather is warm, spend some time outside to help speed healing.

Most of all, identifying the cause of diaper rash in your baby is the first step in treating nappy rash.

On a safer side, it’s important to know the difference between a minor irritation and a condition that requires attention. If your baby’s diaper rash gets severe, doesn’t go away or develops into red pimples that spreads into the folds of their skin, it may have an infection.

Stay in the loop with our monthly round-up of important news updates, and connect with us on social media.
Go up